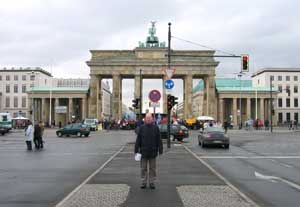 Berlin, from the Brandenburger Tor to the palaces of Potsdam

The unique character that Berlin offered its visitors before the Wende in 1989 has disappeared with the fall of the Berlin Wall, but that doesn't mean the German capital isn't worth a visit. Quite the contrary! This exciting city, with a completely different atmosphere than western German cities like Cologne or Frankfurt, is an excellent destination for a relaxing weekend trip. In three or four days you can easily visit the following attractions, offering a good impression of the past and present of Berlin.

The Brandenburger Tor is one of the most important symbols of Berlin. Right where the German Wall once stood, nowadays traffic is speeding by. The last few years many new buildings sprang up in this area. The government district, also close to the Brandenburger Tor, almost entirely consists of new estate around the Reichstag, where the German parliament assembles. In a radical renovation, the whole building was dismantled, except for the outer walls, and completely rebuilt. 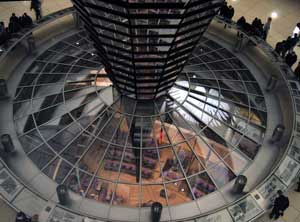 It's definitely worth the effort to join the long queues and to endure the rigid security checks to be able to climb the astonishing glass dome of the Reichstag. The views from above are breathtaking and it's even possible to catch a glimpse of the assembly room of the German parliament. If you are lucky, you can see the Bundeskanzler delivering a speech. The dome can also be visited in the evening, when it's less busy. 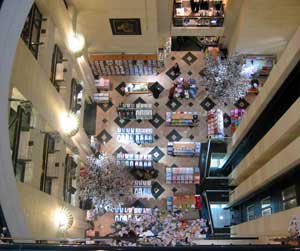 Berlin is an excellent city for a shopping spree. One of the highlights is the Kaufhaus des Westen, a gigantic department store with an amazing food floor. The choice here is bewildering: literally hundreds of varieties of coffee, tea, vinegar, oil, fresh lobster, whiskey costing € 1500 a bottle... Pay a visit to this culinary Wallhalla on a Saturday, when the elegant people of Berlin gather here to splurge on oysters and caviar at the food corners with the most exclusive fresh products. On the upper storey there is a somewhat cheaper, beautifully decorated self service restaurant with a nice view of the ground floor and the surroundings of the Kaufhaus. 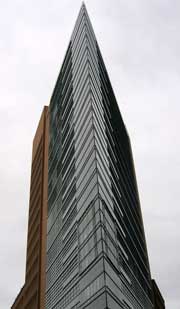 The Potsdamer Platz, which was separated in two by the Berlin Wall for 28 years, has been a gigantic building excavation until 2000 or so, but by now it's a fine example of modern architecture with the futuristic Sony Center right in the middle. It can't be characterized as 'cozy', but it's certainly impressive because of the diversity and boldness of the building designs.

A short distance from the Potsdamer Platz you'll find the Holocaust Denkmal, an extensive structure to commemorate the Jewish Holocaust of the Second World War. It consists of hundreds of concrete blocks (tombstones) and will make a rather abstract impression on most visitors. 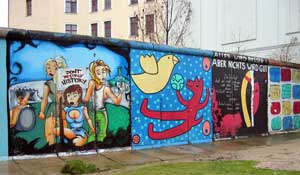 There isn't much left of the Berlin Wall, once called the antifaschistischer Schutzwall by East German communists. Immediately after the Wende the hated border blockade was demolished swiftly, and now you'll have to search for a few weathered remains. The former location is sometimes fairly easy to spot because of the empty space, but with all the new building projects in the city that will be a thing of the past soon. At Checkpoint Charlie there is a private museum of the Berlin Wall, where visitors can see how ingenious and daring some of the attempted escapes have been over the years. 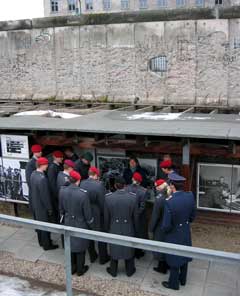 In the Niederkirchner Strasse, close by the the former headquarters of the SS, SD and Gestapo, you will find one of the three remaining original parts of the Wall. It's an official protected historic monument now, but the concrete is speckled with holes and notches, made by souvenir hunters (the Mauerspechte). Along this wall there is a permanent exposition devoted to the Nazi terror regime, the Topographie des Terrors.
Facing the wall, in former East Berlin, the building of the German Finance Department survived the war almost undamaged; this was once the Reichsluftfahrtministerium, led by Herman Göring. 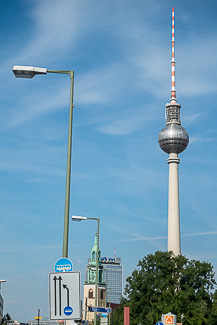 Not far from the television tower, one of the few characteristic East German buildings, along and around the Oranienburger Strasse an area with a profusion of restaurants, boutiques and places of entertainment has developed.

There's also the former squatter bastion Tacheles, which is now a centre for alternative culture, the Berlin synagogue and a cluster of renovated courtyards (Höfe) with a lot of bars and specialized small shops. For example, in the Hackesche Höfe there's a shop solely devoted tot the Ampelmännchen, the resolute figure on the East German pedestrian crossing lights.

Everyone with the slightest interest in antique cultures should visit the splendid Pergamon-Museum. Unique treasures from ancient Greece, Rome and Persia were brought together here, including the famous altar frieze from the Acropolis in Pergamon in Western Turkey, which occupies a large hall. Other highlights are the market gate from Milete and the Ishtar Gate and Processional Way of king Nebuchadnezzar II of Babylon, constructed in 575 BC.

Extensive renovations are underway in the museums on the Berlin Museum Island. The information in travel guides is often outdated. Always check the opening hours and location of the collections before heading out. 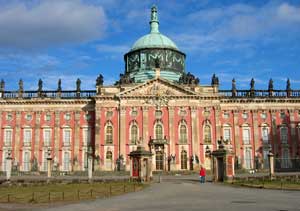 Although Potsdam is a separate municipality, a visit to Berlin isn't complete without an underground ride to this historic city with its splendid castles. In the GDR era Potsdam got very much neglected and the historic buildings seemed to end in ruins, but after the Wende extensive restorations were started; the city centre en the Park Sanssouci, which is on the UNESCO World Heritage list, certainly are worth watching again. Potsdam is now very popular with West Germans; a lot of them have bought a house here relatively cheaply, much to the disapproval of the Ossies, who can't pay the rents and mortgages anymore. 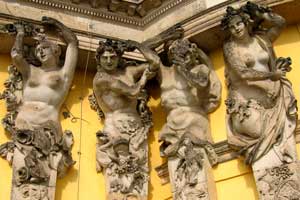 A visit to the famous Sanssouci Palace, where Frederick the Great lived in the 18th century, is only possible with a guide. In a rather high pace you will be shown round rooms full of marble, gold and other baroque adornments. Meanwhile the guide tells some colourful stories about Frederick's life. 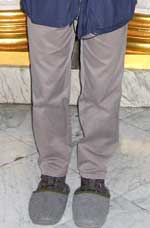 All visitors are supplied with giant slippers to protect the precious marble flours. After the castle you can visit the vast gardens around Sanssouci, which are really impressive. 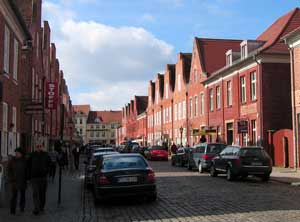 If you like Dutch architecture, don't forget to visit the Holländisches Viertel (Dutch Quarter), a neighbourhood built between 1734 en 1742 by king Frederick Wilhelm I for Dutch craftsmen he had invited to come to Potsdam. The houses were were built with red bricks and all have the characteristic Dutch gables, but on closer inspection they look rather German in stead of Dutch. Nowadays you will find many small shops and coffee houses in this quarter, which still has a residential character.

In Berlin distances between attractions can be long and it's sensible to invest in a Berlin WelcomeCard: free travel for three days in Berlin and Potsdam on all buses, S-Bahn and U-Bahn lines for € 26,50. With the card comes a booklet with discount coupons for all kinds of attractions. The Berlin WelcomeCard can be bought with a credit card from ticket machines on any S- and U-Bahn station. The addresses to get the discount coupons are listed on the WelcomeCard. 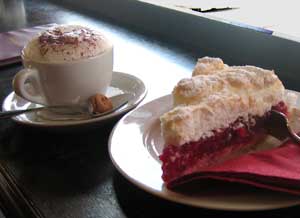 There's an exceptional variety of restaurants and bars in Berlin, from the German gutbürgerliche Küche to Thai curries and Argentine steaks. Prices aren't that high and portions are big, so you definitely don't have to starve in this city.

The Rough Guide to Berlin is a good travel guide, with lots of tips for accommodation, restaurants and bars.